Long-term prevention of thrombosis without DAPT!

Each year, millions of patients worldwide undergo coronary stenting to treat ischemic heart disease. While drug-eluting stents, in comparison with bare-metal stents, reduce the rate of restenosis, there is concern that they are associated with a risk, starting one year after treatment, of stent thrombosis – a rare condition frequently associated with myocardial infarction and potentially fatal.

The use of dual antiplatelet therapy (DAPT), in which a P2Y12-receptor inhibitor is combined with aspirin, is critically important for the prevention of coronary stent thrombosis. This therapy is currently recommended to be taken for 6 to 12 months after implantation of a drug-eluting stent.

However, DAPT also carries its own inherent risks – in particular, a major risk of bleeding, such as serious gastrointestinal bleeding. Furthermore, a massive research published by the New England Journal of Medicine shows that while taking DAPT for an extended period of up to 30 months clearly reduces the chances of heart attack and in-stent thrombosis, it also leads to increased risk of serious bleeding.

This leaves us with a severe dilemma: risk of death on one hand vs. risk of serious bleeding on the other.

Amber Medical has developed a breakthrough solution that enables every existing stent to carry its own highly effective, long-term prevention of in-stent thrombosis. This is achieved by applying a negatively-charged and quasi-permanent electret coating to the stent. 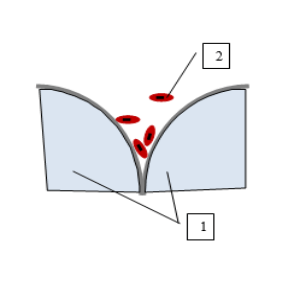 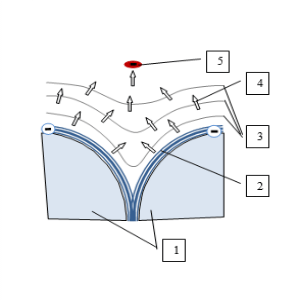 Applying this negatively-charged electret coating to the stent's surface has been proven to significantly reduce the risk of thrombosis in stented blood vessel segments. This happens because blood cells circulating in vessels are negatively charged, and thus become electrically repelled from the stent's surface and walls, unable to aggregate at the intersections of stent elements. Figs. 2 and 3 illustrate how the negatively-charged surface of the stent coating repels the negatively charged platelets at intersections of stent elements.